10 People Who Survived Against Nature

The day is beautiful and the sun is shining. You decide to go on a short hike to more fully enjoy this warm day. You know a great spot that many people don’t know about. You pack lightly as you don’t plan to be out for too long. A few bottles of water, snacks, cell phone, and MP3 player is with you as you arrive at your desolate location.

Time passes by quickly as you are enjoying your time and it is almost dark. You decide it’s time to leave but on the way, you trip and fall down a 50 foot cliff, resulting in a broken leg and immobility.

You try to call for help with your cell phone but it is not getting a signal. Your water and food is almost out and you won’t survive long out here. What do you do? How badly do you want to live? 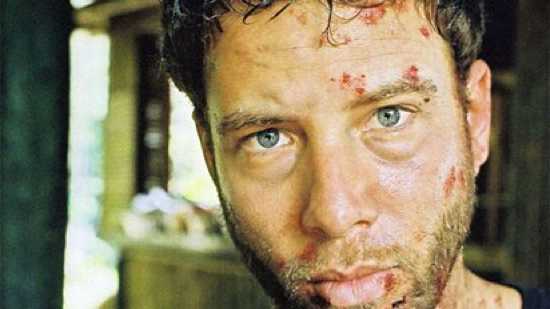 “The toughest moment was after a few days, when I realized that I was completely alone.”

Yossi Ghinsberg and three other men went to the Amazon jungle. They ventured out to find a hidden tribe. The environment was harsh and tensions built up between the group. The group eventually broke up. Ghinsberg remained with Kevin, while the other two, Marcus and Karl, stuck together. Ghinsberg and Kevin took a raft but lost control of it as it came towards a mighty waterfall. Kevin made it to shore but Ghinsberg floated downstream and over the waterfall, narrowly escaping a watery death.

The following 19 days were full of challenges for Ghinsberg. He survived a late night encounter with a jaguar by setting fire to an insect repellent spray – spewing fire like a flamethrower. Swarms of termites feasted on patches of his skin and clothes when he urinated on himself out of exhaustion. He ate fruit and raw eggs from chicken nests in the jungle. He almost drowned by a flood and almost sank in a bog.

He was finally found by Kevin, who had formed a search party with the locals. Marcus and Karl were never found. 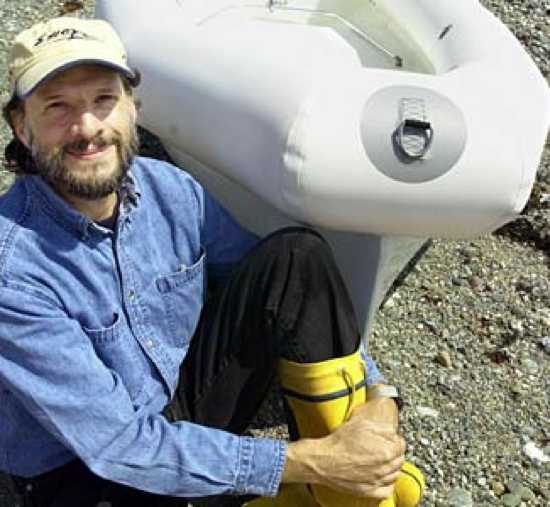 Steven Callahan sailed out from the Canary Islands on a small slope he built himself. Six days later on his trip, the boat sank due to damage from a collision with an unknown object at night. He later said that he suspected the object was a whale. He escaped from the boat and onto a life raft that measured about six feet across.

He managed to survive until his rescue, 76 days later. He was faced with sharks, sunburn, raft punctures, physical deterioration and mental agony. For food, he speared fish and captured birds and barnacles. He lost a third of his weight during this time. When his raft formed a leak, he managed to keep it afloat for 33 days until his rescue. 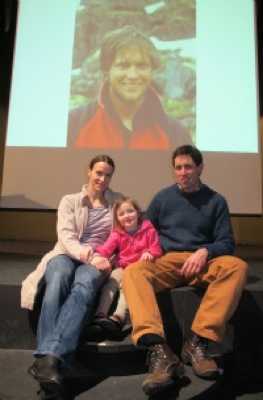 “I just had to keep my eyes open and ignore the pain.”

In June 1992, Colby Coombs and two of his friends were climbing Alaska’s 17,240-foot Mt. Foraker. An avalanche happened and the three were caught inside. Coombs and his friends were forced down 800 feet on the side of the mountain and they crashed into a river of snow. Coombs’ friends did not survive the ordeal.

Coombs suffered a concussion, a fractured ankle, two fractured vertebrae in his neck, and a broken shoulder blade. The next six days were difficult. He descended from his location followed by a five mile walk across a glacier until he finally reached a camp. He continues to climb today. 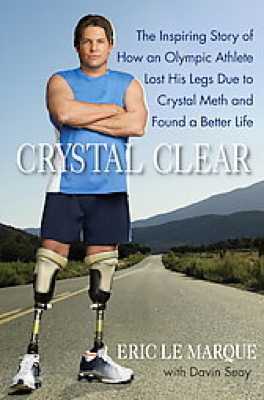 “I remember falling back into the snow, looking at my feet and going, ‘You’re going to lose your feet.’”

Eric Le Marque, a member of France’s Olympic hockey team, was lost for seven days in the Sierra Nevada wilderness. Being an avid snowboarder, he was boarding at California’s Mammoth Mountain until a blizzard threw him off course. He failed to find his way back before dark. He spent the night in the woods and attempted to hike back the next day. However, he ended up venturing deeper into the woods.

He had few supplies with him, having only a MP3 player, his snowboard, and his clothes. For food he had pine nuts and bark. For water he drank melted snow and river water. He used his snowboard to dig igloos. He became hypothermic and his frostbitten feet were black and purple. After falling into rushing water, he almost fell down an 80-foot waterfall. Amazingly, Le Marque used his MP3 player to find a radio signal which he used like a compass. Due to the tissue damage to his lower body, most parts of his legs had to be amputated. 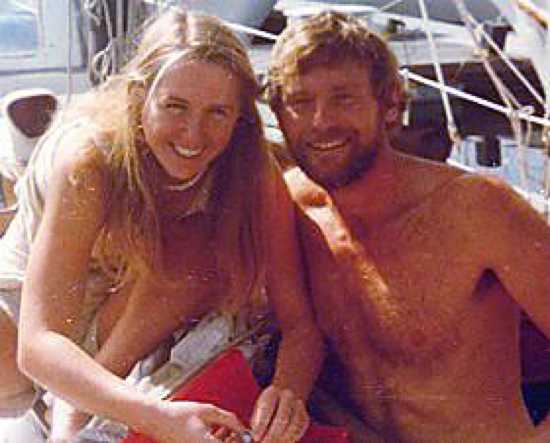 “When the wind’s howling that hard, it’s picking up spray right off the top of the water. There’s so much spray, you can hardly see anything. It’s like being in a blizzard.”

In 1983, Tami Oldham Ashcraft and her boyfriend, Richard Sharp, were on a 44-foot sailboat. They were en route to San Diego from Tahiti when disaster struck. They were battered by a category four hurricane. Waves were as high as 50 feet and winds were fierce, blowing at more than 160 miles per hour. The boat was capsized and Ashcraft was knocked out below deck. She regained consciousness 27 hours later and discovered Sharp was missing.

Alone at sea and mourning her boyfriend, things seemed hopeless. However, Ashcraft fought to survive. She used celestial navigation to plot a way to Hawaii which was 1,500 miles away. She rationed food and cobbled together a mast and sail. She finally reached Hilo Harbor 41 days later. 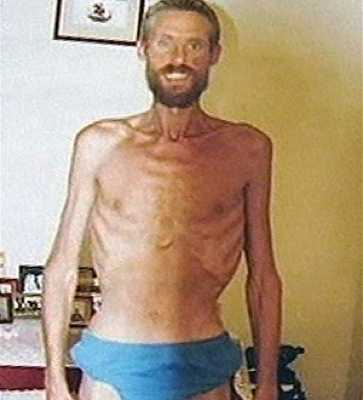 “If you have to [drink urine], I suggest you let it cool down first. It doesn’t taste very nice.”

Ricky Megee stopped to help a couple whose car had broken down. Next, he was waking up with rocks and dirt covering him. The pit was meant to be his final resting place. He claimed to have been drugged and robbed by the couple. Megee suffered from exposure and malnutrition for the next two months. His diet consisted of leeches, lizards, insects, frogs, and snakes. He was forced to drink his urine when he couldn’t find rain puddles to drink from. He weighed 230 pounds before he got lost and weighed 105 pounds at his rescue. The man who found and rescued him described him as a walking skeleton. 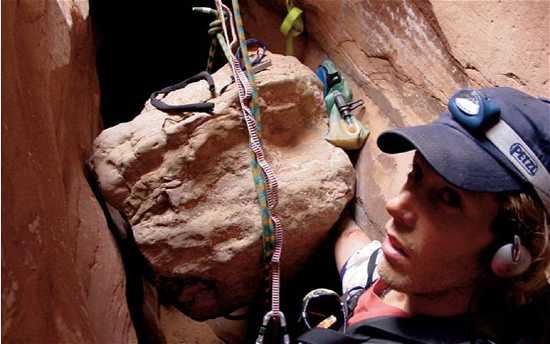 “Judging by my degradation in the last 24 hours, I’ll be surprised if I make it to Tuesday.”

Could you amputate your arm with a dull knife to survive? Aron Ralston could, and did. On May 1, 2003, an 800 pound boulder fell onto his arm and trapped him in a Utah canyon wall.

After being stuck in the same spot for five days with food and water supplies almost gone, Ralston took desperate steps to ensure his survival. He used the boulder to snap his bones. He then used his two inch dull pocket knife to agonizingly cut the tendons and muscles of his trapped arm. The cutting process took about an hour. He was finally free from the boulder. He rappelled down a 65-foot wall one handed and walked in the hot midday sun back to his car. On the way he was found by a family and given water while rescuers were on the way.

A film was made about this story called “127 Hours” and I recommend you see it. 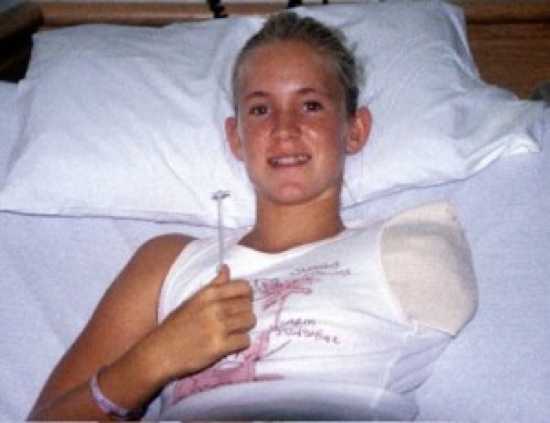 “Courage, sacrifice, determination, commitment, toughness, heart, talent, guts. That’s what little girls are made of; the heck with sugar and spice.”

On a morning in November 2003, Bethany Hamilton went to Makau Beach in Hawaii to surf. At the time she was a 13 year old competitive surfer. She was lying on her surf board with her arms dangling in the water when a 12-15 foot tiger shark attacked her. Hamilton’s left arm was ripped off just below the shoulder.

Instead of panicking and possibly drowning, Hamilton paddled over to her friends using her intact arm. She even made sure to warn others in the water, shouting that there was a shark. Her friends helped her paddle to shore and she was taken to the hospital. Despite this event, Hamilton was surfing again the next month. 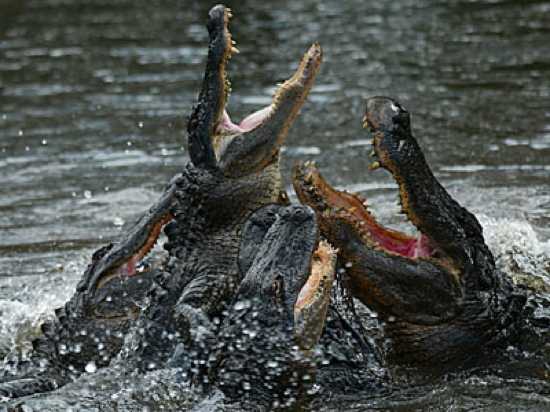 “I think my head was so far down his throat that I touched his taste buds.”

45 year old James Morrow has been where few want to be: inside the jaws of a hungry alligator. Morrow was snorkeling in Florida’s Juniper Run. He was adjusting his snorkel when an alligator seized him by the throat and violently shook him for 10-20 seconds before releasing him. He was eventually helped onto a boat by his friends. 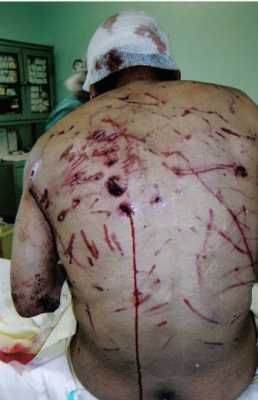 Working as a hunting guide, Kootoo Shaw was helping a group of hunters from Wisconsin. They were three days into a hunt. While Shaw was sleeping in a tent, a polar bear targeted him at about four o’clock in the morning.

“He had his claws under my neck for a while, I could hear his breathing, then he let his claws off and he was still jumping on top of me, up and down four times,” he recalled. Another hunter shot and killed the bear. Shaw suffered horrific injuries. He suffered numerous slashes and bites. He required nearly 300 stitches to reattach his scalp.

10 People Who Survived Against Nature

Trekking to the Top of Iron Hill Trail
Read Review